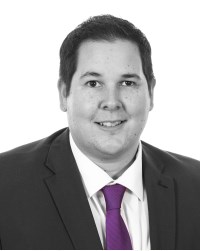 Steven manages a variety of accounts including some household brand names.  He is as comfortable assisting a small retailer as he is managing a group of 150+ Churches and other large groups. Organisation and communication are the order of the day, as he believes these attributes are important in ensuring his customers are well looked after.

Prior to joining CostAdvice Steven spent 7 years in the telesales industry working with blue chip companies to manage their marketing campaigns.  We believe this is where he picked up his conversational skills.

Lateral thinking: “Being able to look at an account from a different angle is always worthwhile as there is rarely no potential to cut down on costs whether it’s obvious or not."

Outside of work Steven likes to do the things most of us like to do, including socialising with his friends, catching a film or discovering new places to enjoy a nice meal.  He's also an avid motorsport fan, with MotoGP as his number one love, catching the British Grand Prix is a yearly must.  This love of motorsport is extended to participating in track days and generally ensuring he can get himself in a fast car as often as possible.

Steven also likes to travel, in particular he has visited Las Vegas on multiple occasions in recent years and is drawn back again and again. Topping off Steven’s main interests is his passion for music.  He has a more eclectic taste in music than most would think possible, from cheesy 80’s pop to classical waltz.  He has seen many live bands and has enjoyed a festival or two, although now he believes his camping days are over.